Accepting the invitation of General Director of TAKAWAKI Corporation, on June 15, 2018, General Director of Consultancy and Inspection of Construction, Technology and Equipment Joint Stock Company - CONINCO attended the ceremony of establishing representative office in Hanoi of the TK Engineering International Comapany (TKEI).

Attending the ceremony there were several longtime partners of TAKAWAKI, to name a few: Shinnishitetsu Sumikin, Nittetsu Sumikin Bussan, Kobelico Construction Machinery Co., Ltd., etc., from Japan, and other company working in this field in Vietnam as Institute of Foundation and Underground Engineering - FECON.

At the ceremony, Mr. Yoshinori Kadowaki - General Director of TAKAWAKI expressed his joy and thanks to the presence of partners attending the ceremony. With the experience of TAKAWAKI and its great interest in investment in the development of infrastructure of the government and Vietnamese enterprises, TAKAWAKI believes in the success of the representative company in Vietnam - TKEI company, under the direction of Mr. Yuji Ueda - Director of the Company. 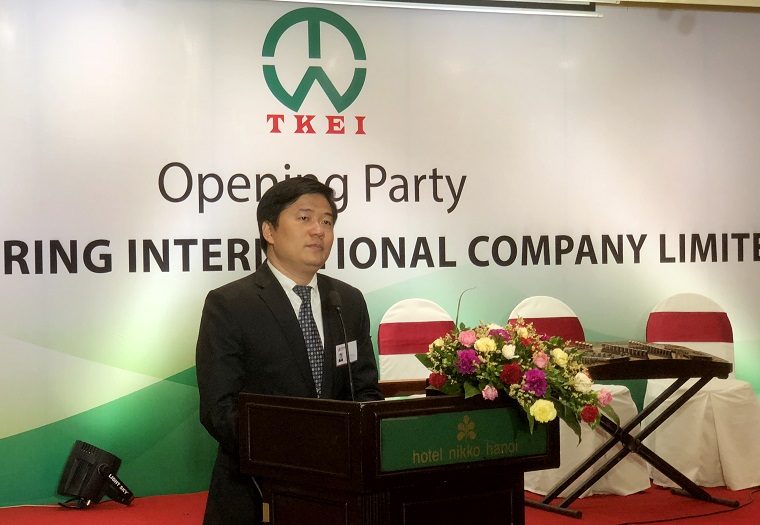 Delivering a speech at the ceremony, Dr. Ha Minh - General Director of CONINCO shared about the good cooperative relationship between CONINCO and TAKAWAKI - Japan. CONINCO is very pleased with the development of the TAKAWAKI brand in South East Asia generally as well as in Vietnam particlularly. The establishment of TKEI in Hanoi by TAKAWAKI will foster a strong relationship between the parties and facilitate the development of many potential projects in the future.

TAKAWAKI Corporation was established in 1960 in Japan, operating in the field of civil construction and using heavy equipment machinery for the construction of infrastructure foundation.