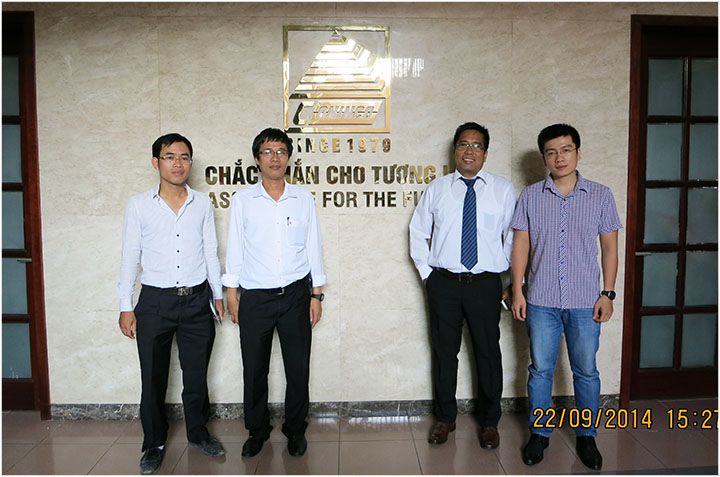 Previously, in the Ifsec Southeast Asia 2014 on Commercial & Government Security – Fire – Safety Exhibition held in Malaysia, via meeting and exchange, Protec was very impressive on projects implemented by CONINCO. Currently, in Asia, Protec’s branches are located in Singapore, Philippines, and Malaysia. Protect is finding a chance to found branches in Southern Asia such as Thailand and Vietnam.

Beside construction consultancy, CONINCO has special concern on safety in works. Currently, CONINCO is the official distribution agent of fire protection products for Yamato Protec (Japan) – the founder of foamed and powdered extinguishers in Japan. A showroom of Yamato Protec is located in CONINCO’s headquarters – No. 4 Ton That Tung Str., Trung Tu Ward, Dong Da Dist., Hanoi.

Recognizing CONINCO’s concern and potential in terms of safe technological products, after the exhibition finished, Protec visited and worked with CONINCO for more information and cooperation in the future.

In the meeting, the two Parties introduced the general information, operation fields, products, and markets of their own companies to the partner. The two Parties had an open meeting with a lot of useful advice and consultancy.

At the end of meeting, Mr. Nick Palomares invited CONINCO to visit the United Kingdom for more understanding about Protec’s products, training, installation technology transfer, and product use.