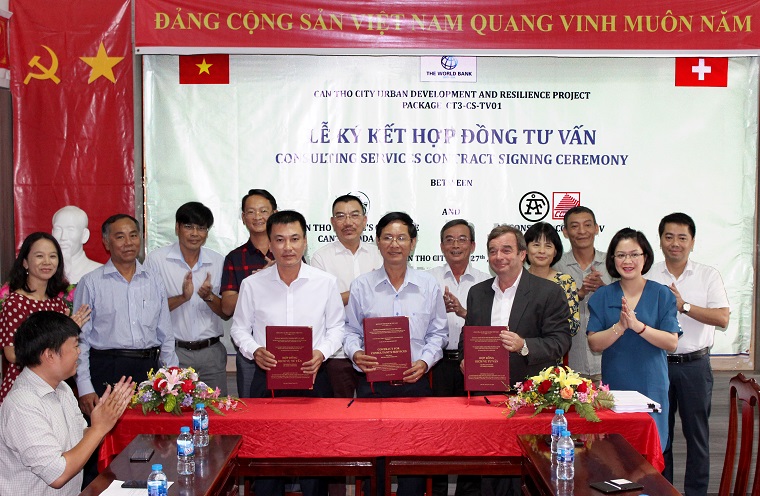 On July 27, 2018, in Can Tho city, the Consortium of AF-Consult Switzerland Ltd. (Switzerland) and CONINCO have signed the contract package of CT3-CS-TV01 on construction supervision and contract management for the construction package of Component 1. The total value of consultancy contract is approximate 68 billion Vietnamese dong (VND) in which about 82 percent of the value of the works is under CONINCO’s responsibility.

Attending the signing ceremony, regarding the investors, there were Mr. Huynh Thanh Su - Director of Can Tho ODA Project Management Board and other departments of Can Tho City government;

Regarding CONINCO, there were Mr. Nguyen Van Cong - Chairman of BoM of CONINCO; Mr. Nguyen Huu Truong - Vice General Director of CONINCO and representatives of departments of CONINCO.

Lying on the tropical cyclone belt, Vietnam exposes to be vulnerability to climate change, especially when Vietnam’s Mekong Delta is considered as one of the world’s three most vulnerable deltas to sea level rise. Situated on this delta plain, Can Tho is predicted as one of the cities being affected the most by the sea level rise - a consequence of climate change. Therefore, the cooperation project is considered as a key project, which was designed to build Can Tho into a sustainable development city with high level of resilience to severe consequences of climate change. 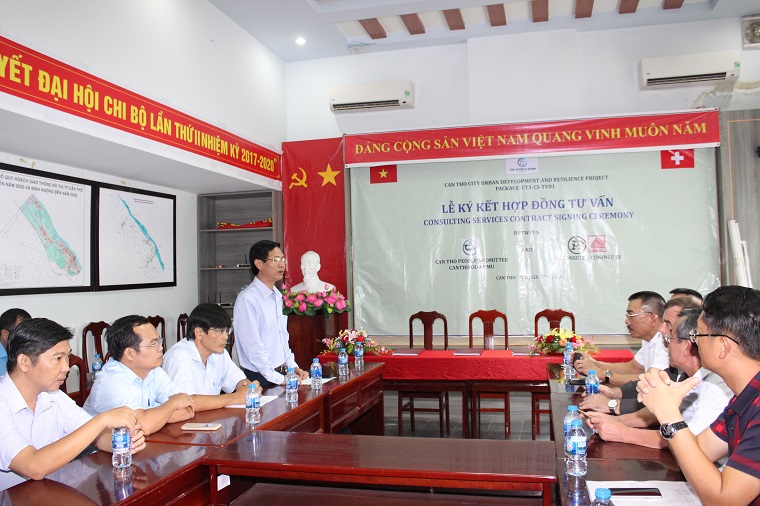 Delivering a speech at the ceremony, Mr. Huynh Thanh Su expressed his belief in the capacity, level and the dynamic as well as creativity of the Consortium of consultant in general and CONINCO in particular. He stated that these are the key factors to ensure the success of project. 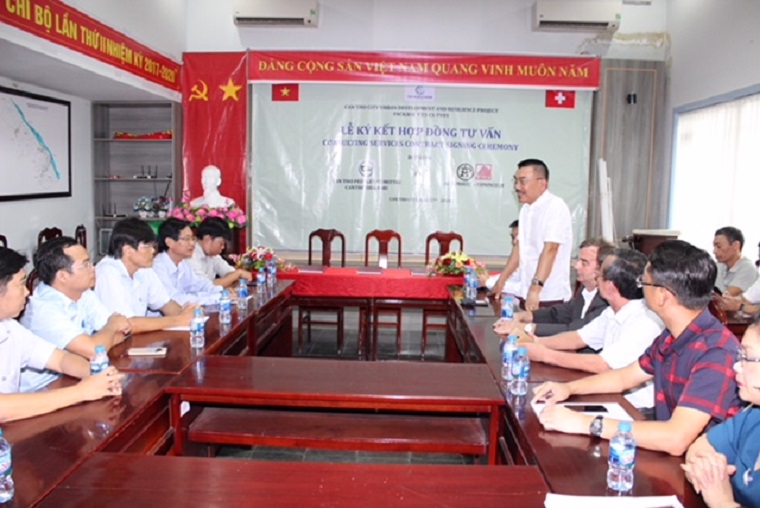 In a professional and friendly atmosphere, Mr. Nguyen Van Cong - Chairman of CONINCO shared the experience of implementing big projects of CONINCO and committed to associate with the Consortium to implement the project safely, progressively, efficiently and successfully.

* Information on the project: