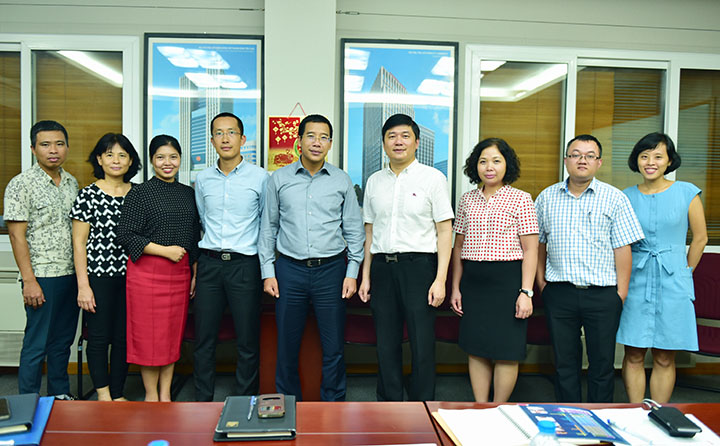 At the meeting, The General Director of CONINCO shared CONINCO’s production activities as well as CONINCO’s achievement during 38 years of establishment and development. The General Director also stated that CONINCO and MBBANK has a close cooperation. CONINCO and NIHON SEKKEI (Japan) are now carrying out the general contractor of design for the Head office MB Grand Tower – the building is designed based on the standard of modern, professional, convenient and friendly office building. It is a mixture between the sophisticated architecture of Japan and the unique cultural character of Vietnam, which creates a beautiful, modern and suitable architecture space for planning and development of the capital.

A friendly and cheerful atmosphere was noticed during the whole meeting. Mr. Luu Trung Thai highly appreciated CONINCO’s achievemenDr. He expressed his hope that CONINCO and MBBANK will have more cooperation opportunities in the future.