Leadership of Nihon Sekkei, Inc. (Japan) came to work with CONINCO and visited the construction site of CONINCO TOWER 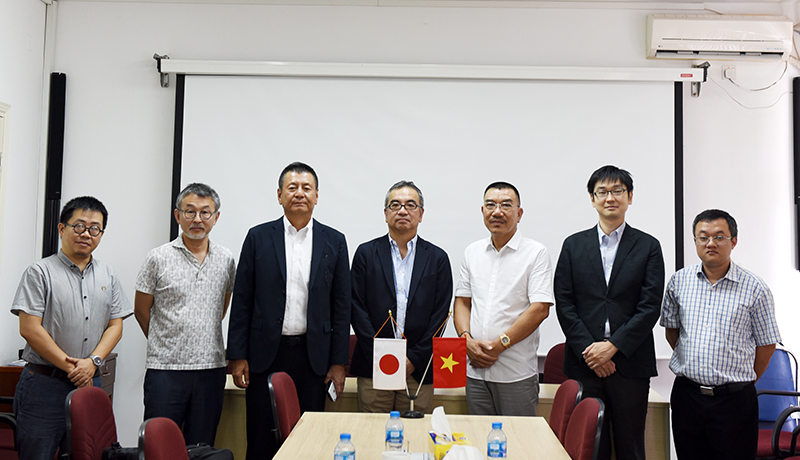 On the morning of June 20th, 2019, Leadership of Nihon Sekkei, Inc. (Japan) had a working visit with Consultant and Inspection Joint Stock Company of Construction Technology and Equipment (CONINCO., JSC).

At the meeting, Mr. Nguyen Van Cong - Chairman of CONINCO's BoM expressed his delight and thanked the delegation for visiting and working at CONINCO right after came to Vietnam. Nihon Sekkei, Inc. and CONINCO have been close partners for many years. Nihon Sekkei has cooperated with CONINCO to carry out many projects in Vietnam such as: Supreme People's Procuracy, MB Grand Tower, National Assembly House and New Ba Dinh Hall, ... Mr. Nguyen Van Cong shared about CONINCO’s activities in Vietnam market in recent years. On Nihon Sekkei's side, Mr. Naoki TOMINAGA said that beside visiting CONINCO - a traditional partner and further strengthening the strategic partnership, the two sides also discussed the deployment of the projects have been and will be cooperated in order to bring effective quality for the projects and the Clients' satisfaction as well.

The meeting took place in an open and friendly atmosphere. After the meeting, Nihon Sekkei’s Leaders visited the CONINCO TOWER headquarters project site and a number of cooperated projects between the two sides (MB Grand Tower, Headquarters of the Supreme People's Procuracy).