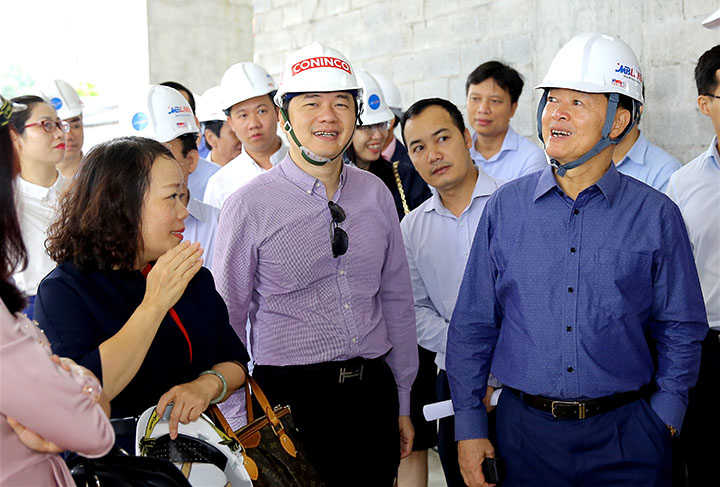 In the morning of August 17, 2017, Senior Lieutenant General Le Huu Duc - MBBank's Chairman of BoM together with members of the BoM and specialized agencies of the Military Commercial Joint Stock Bank visited MB Grand Tower project to direct and urge the construction progress at the construction site.

Regarding CONINCO, there were Dr. Ha Minh - General Director of CONINCO, Design Manager of the Project, Arch. Do Nhu Duc - Deputy Director of the Center of International Cooperation and Consultancy and design consultants of the project.

At the meeting, MBBank’s Chairman, Lieutenant General Le Huu Duc appreciated the efforts of General Contractor MBLAND, design consortium NIHON SEKKEI - CONINCO and contractors in the past time and requested the General contractors and contractors to maximize the existing capacity, scientifically cooperate with each other in order to ensure the plan progress, strive to make MB Grand Tower put into operation in the beginning of 2018.

Senior Lieutenant General believes that MB Grand Tower, designed by NIHON SEKKEI - CONINCO, will become a model of banking buildings with high aesthetic and quality, the face of MBBank in the next tens of years. 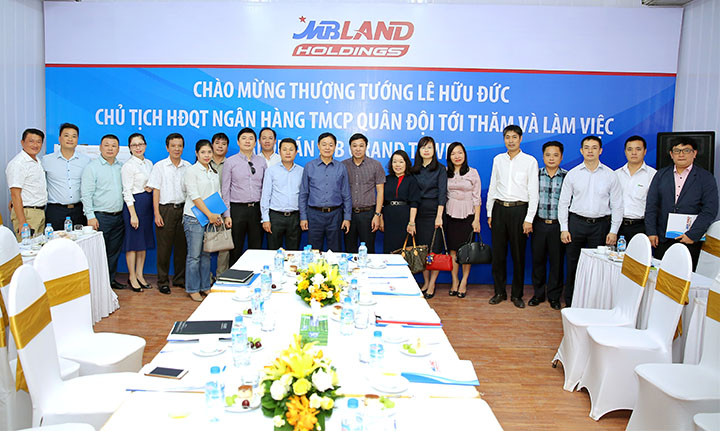 The team to take pictures after the meeting

Dr. Ha Minh expressed the gratitude for the believe of the Senior Lieutenant General as well as the leaders of MBBank. CONINCO will make more efforts to ensure the quality of progress and aesthetic, creating a beautiful architectural space, modern and harmonious in terms of planning and capital development.