CONINCO successfully organizes the Annual General Meeting of Shareholders in 2018

With the attendance of 36 shareholders and authorized representatives at the meeting equivalent to 8,407,404 shares, accounting for 95.54% of total issued shares of the Company.

Chairman of the General Meeting - Mr. Nguyen Van Cong opened the meeting and implemented the necessary procedures to conduct the meeting properly. 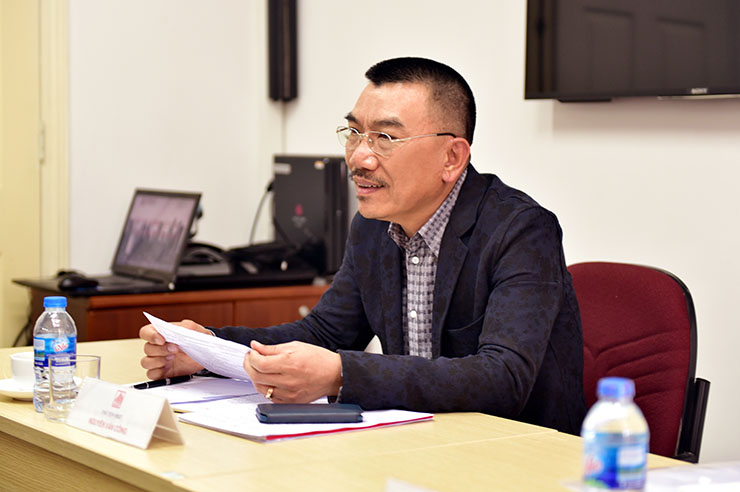 Mr. Nguyen Van Cong - Chairman of the BoM to deliver the opening speech

Dr. Ha Minh - Member of BoM, General Director of the Company, on behalf of the Chairman of BoM presented the report of the BoM in 2017. According to the report, in 2017, Vietnam economy prospered and developed in the stable direction. For CONINCO, 2017 is the first year of the third five-year period (2017-2022) of a publicly-owned corporation, of the mechanism in which Chairman of BoM is not concurrently holding the position of General Director and concentration of the CONINCO TOWER construction. In 2017, CONINCO maintained a stable growth rate, exceeding its target; implemented the CONINCO TOWER project from October 2017; expanded production and business activities, applied for labor export permits to send laborers to work abroad; finished raising chartered capital to 68 billion dong and continued to issue 2 million shares for strategic investors from 68 billion dong to 88 billion dong for the construction of the headquarters; together with state-owned shareholders to withdraw their share of state capital to 0%. In addition, the franchise system operating for 10 years has also strongly developed, marking the deep development of CONINCO brand name, ... For 2018 and the next years, the company orients to promote production and business activities, focus and complete the CONINCO TOWER project. 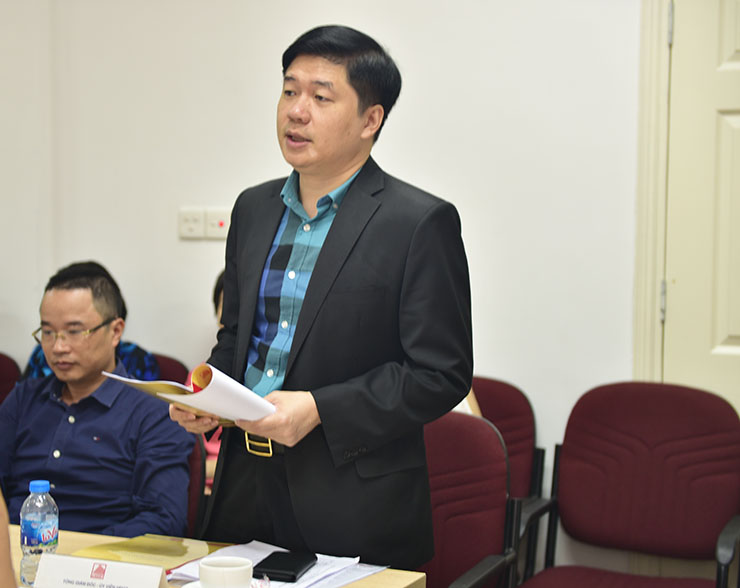 Dr. Ha Minh - Member of the BoM, General Director of the Company to present the report of the BoM in 2017

At the meeting, Mr. Nguyen Tien Doat - Head of Supervisory Board also presented the report of the Board of Supervisors in 2017; Mr. Le Xuan Tuong – Chief Finance Officer reported on the results of the offering and the capital usage raised from the issuance of shares to increase chartered capital. 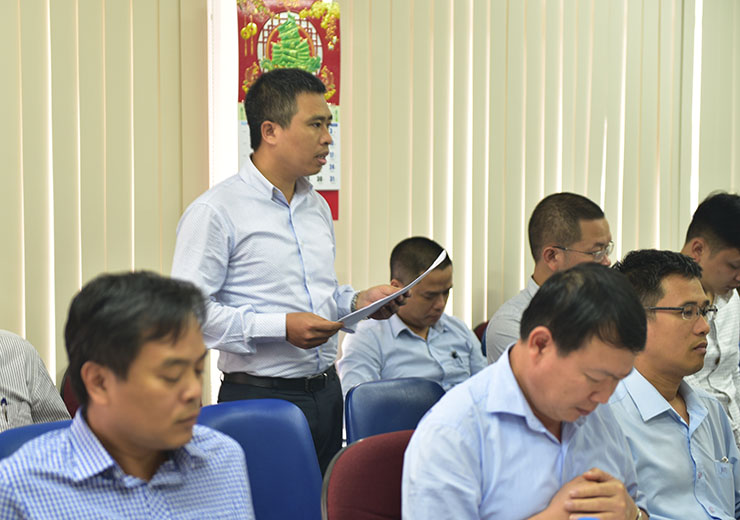 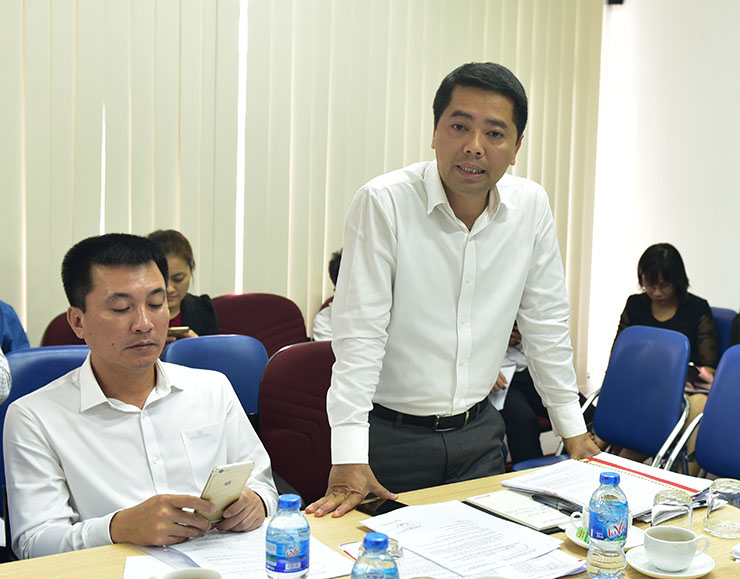 Mr. Le Xuan Tuong – Chief Finance Officer to present the report on the results of the offering and the capital usage

The shareholders expressed their opinions and raised questions related to the distribution of profits in 2017 and the establishment of the Company's equity. The questions had their satisfactory answers.

After the discussion, the participants voted to approve the contents of the Report of the Board of Managments. All contents were approved at the Meeting with high consensus. 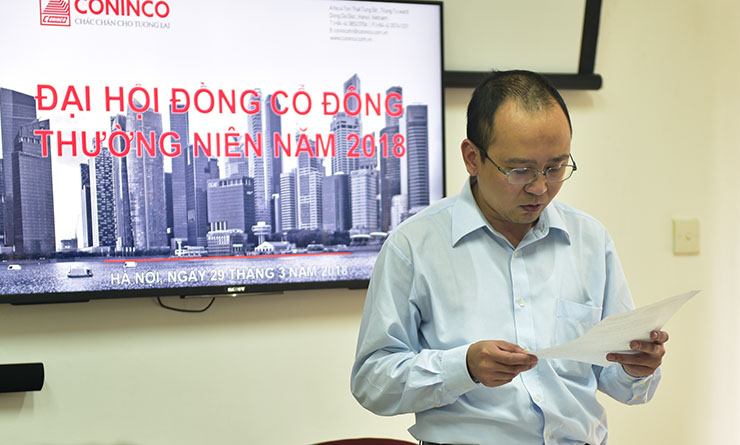 Mr. Le Minh Hoang - Secretary of the meeting to announce the approval of the Minutes and Resolutions

The Minutes and Resolutions of the General Meeting were approved with the consent of 36 shareholders and representatives of authorized shareholders attending the meeting. The meeting closed at 11:30 am on the same day.

For the Results of Annual General Meeting of Shareholders 2018: Please click here.