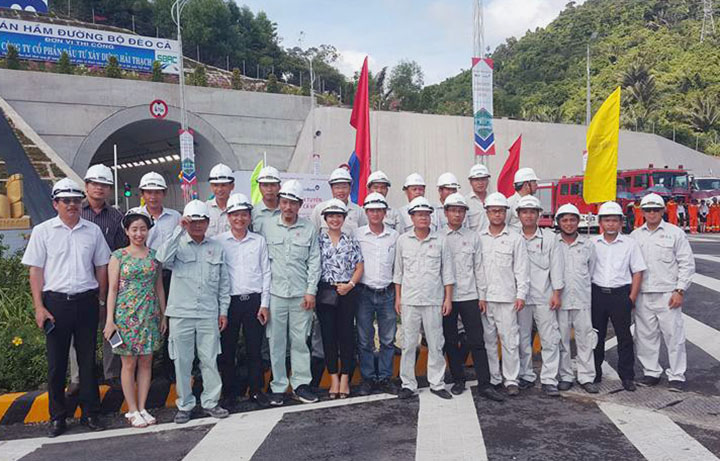 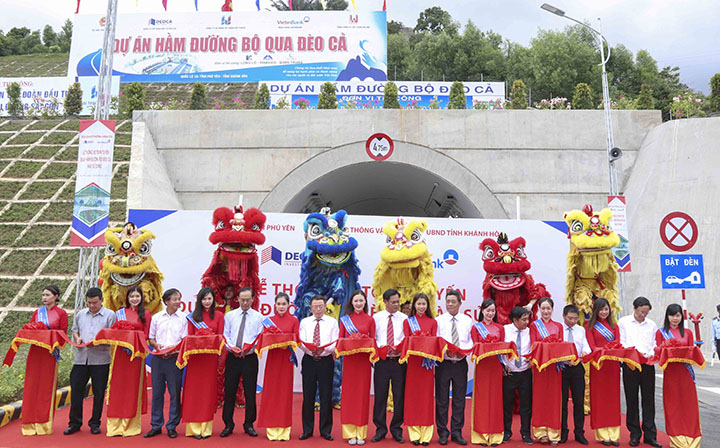 Participants to perform the procedure for car passing

At the ceremony, Deputy Minister of Transportation Le Dinh Tho emphasized that this is a national key project implemented under BOT contract with domestic capital and fully implemented by Vietnamese contractors. The Deo Ca tunnel was put into operation and use, which has marked the great development of Vietnamese experts and engineers, resolving the previous congestion and unsafe situation when passing through Deo Ca, shortening the passing time from 60 minutes to 10 minutes. This will connect Phu Yen province and Khanh Hoa province in the process of socio-economic development, as well as to create conditions for circulation among the Southern Central provinces and the whole country. 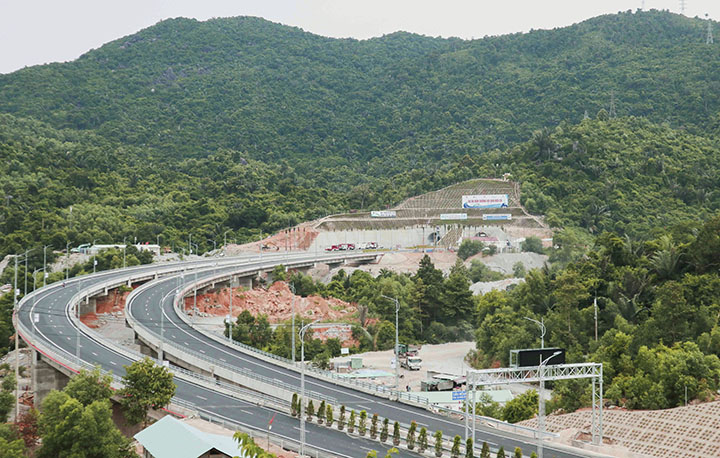 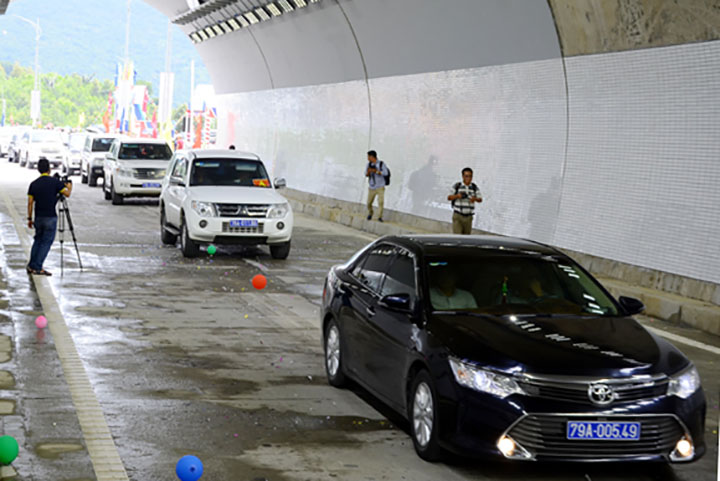 The Vice Minister also praised the units that completed the project on schedule and asked the investor to have a safe and efficient operation plan and continue to speed up the completion of the items and the remaining, to implement the quality synchronization of the national transport infrastructure.