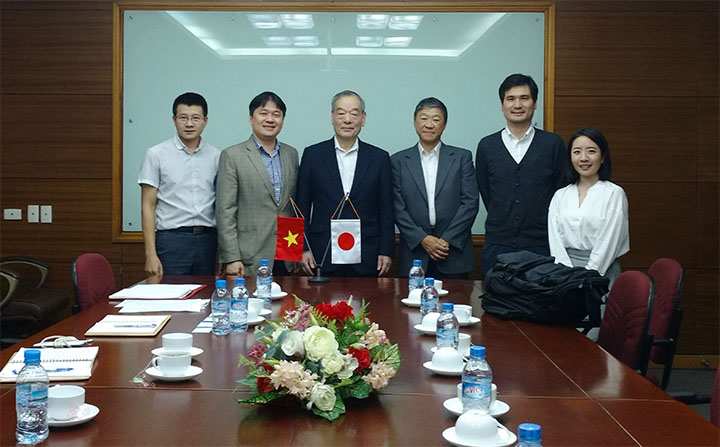 On December 19th 2016, representatives of PADECO (Japan) visited and worked at the Headquarters of Consultant and Inspection Joint Stock Company of Construction Technology and Equipment (CONINCO., JSC) with the aims to exchange the project information as well as promote opportunity of future cooperation amongst parties.

At the meeting, PADECO’s representatives sent wishes of Happy New Year 2017 to CONINCO. Both parties introduced their own functions and fields, as well as exchanged the project information they were implementing.

Also at the meeting, Dr. Ha Minh shared working experiences in Vietnamese market of foreign companies and expressed that CONINCO was willing to share information and cooperate with large corporations and companies all over the world. Besides, PADECO also desires to deepen the cooperation with CONINCO.