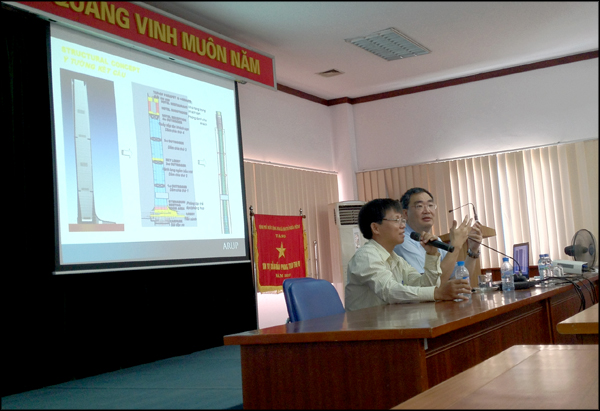 On July 24, 2012, Arup Vietnam Company Limited visited and cooperated with Consultant and Inspection Joint stock Company of Construction Technology and Equipment-CONINCO to organize the Conference on “High-rise building Design and Construction” under the direction of Mr. Jackie Yau – General Director of Arup Vietnam Company Limited.
“Sky-scrapper” is becoming an indispensable  trend of current socioeconomic development and a potential land in Vietnam.  But sky-scrappers contain high risks  because structural measurement is complex and construction requires technology with high accuracy.

Attending the Conference, there were Deputy General Directors, Directors of units under the Company, representatives of CONINCO franchising companies and CONINCO’s engineers, consultants. 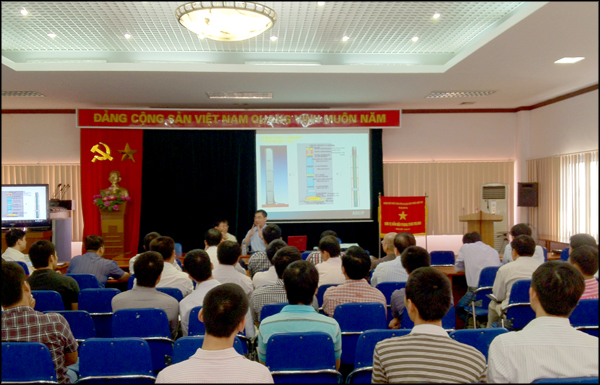 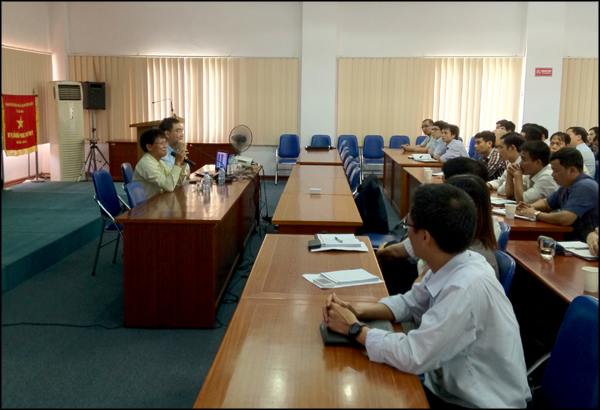 At the Conference, Mr. Jackie Yau presented method of design norm determination for high-rise buildings, introduced several supertall construction works designed by Arup and shared Arup’s experience in the above fields. Mr. Jackie Yau did not only present scientifically and clearly, but he also gave questions and situations cleverly so that CONINCO’s staff can understand good and bad points of different concepts of design and structure.

After the Conference, CONINCO’s staff got valuable knowledge of high-rise building design and construction. 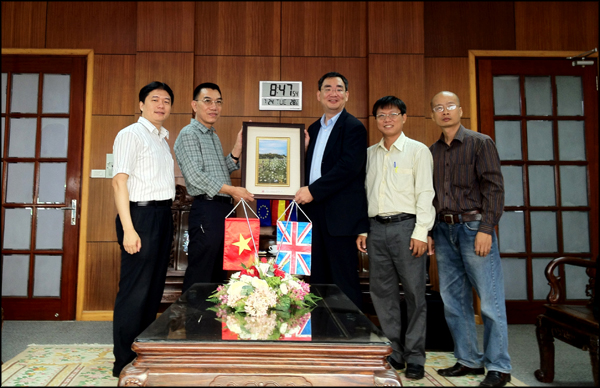 Some information of Arup:

Arup is a global company of engineers, designers, planners, consultants, and technical specialists offering professional services in all stages of project on 3 fields of global business-construction, consultancy and basic infrastructure, from beginning to completion and afterthat.
Founded in 1946 in London, Arup has over 10.000 staff working in more than 90 offices in over 35 countries in Africa, America, Australia, East Asia, Europe and Middle East.
Projects of Arup appear in over 160 countries over the world. 2008 marked the appearance of Arup in Vietnam and Arup has been affirming its prestige through participating in design and project management of several projects in Ho Chi Minh City, Hanoi, Bac Ninh Province.