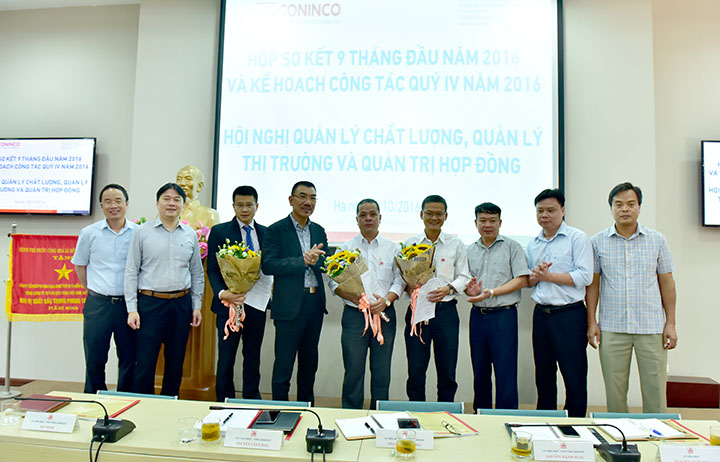 On October 20, 2016, at the meeting of the first 9 months of 2016 and the work plan of the fourth quarter of 2016 held at the headquarter of CONINCO, the company announced 03 decisions to appoint staffs including Mr. Hoang The Van, Mr. Pham Tran Tien Minh and Mr. Duong Trong Vinh.

In the past years, CONINCO has always focused on personnel management by continuously seeking, training and transferring staff to optimize the capacity of each individual. Thereby, well-qualified, well-managed officers will be considered for leadership positions.
At the meeting, the appointed staffs expressed their thanks to the Board of Directors and promised to do their best to fulfill their duties and contribute to the development of the Company.